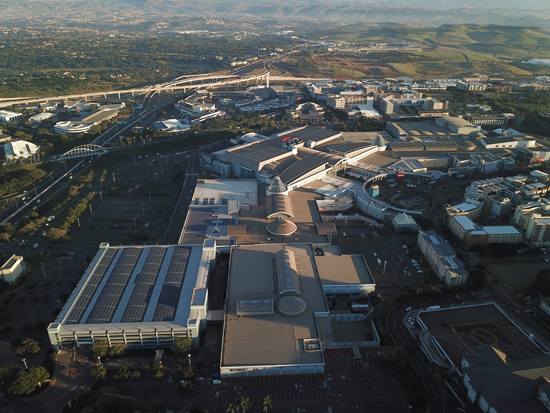 When extensive renovations were planned for Umhlanga’s popular shopping centre, Gateway Theatre of Shopping, it was acknowledged that this would be a significant undertaking. Undoubtedly it was to be one of the largest alterations, additions, and refurbishments of an active shopping centre in South Africa and certainly the largest ever in Kwa-Zulu Natal. The Client, Old Mutual Properties, turned to Profica to provide principal-agent, project management, and tenant coordination services on the project. No stranger to Old Mutual, Profica has worked with the company on numerous occasions, including an appointment on the major development of their iconic head office in the heart of Sandton.

Peter Ferraz, Associate Director at Profica involved in the Gateway project says, “This was a huge undertaking not only due to its size but also because the extensive work would be done in a live environment, meaning that it would be business as usual for shoppers and retailers. In these instances, safety and containment are a priority.”

The client’s objective for the project was to create additional retail space by adding new space and re-organizing and repurposing existing space. To maintain the grand and open ambiance for which the Gateway Theatre of Shopping is renowned, the mall’s public space was to be increased in such a way as to ensure the new expansion works did not distract from this appeal. There was also to be a refresh of Gateway’s look and feel by modernizing various internal and external elements of the building. Additional parking bays and taxi rank space was developed to cater for the growing popularity of Gateway Theatre of Shopping.

Ferraz says that there were various challenges with the project, which involved numerous stakeholders whose expectations and involvement had to be carefully managed. “Most of the stakeholders had never been involved in a project as large or as complex as this, which meant that our team needed to reassure them of the process and maintain consistent communication throughout to alleviate any anxieties.”

A particularly critical aspect of stakeholder management, adds Ferraz, was to manage the often-conflicting priorities of the retailers, the centre management, the construction activities, and the public while maintaining progress.

Another challenge was having to coordinate the designs of several architectural and engineering disciplines, necessary due to the complexity of the new scheme and lack of historic documentation. A major emphasis of the design was to minimize the disruption of the core business of the centre, says Ferraz. “As our highest priority was the absolute safety of the public, tenants, and workers, steps were taken in the design, coordination, and planning, and the implementation of construction works to keep the live shopping centre safe at all times.” The overall project, successfully completed at the end of last year, has been closely followed by an extension of the Mr. Price store which will be finished in September 2019.

What does Ferraz think of this project which has been the largest retail refurbishment in KZN? He says, “When completing a significant project like Gateway there is always a huge sigh of relief when it successfully reaches its end. There is also a huge sense of accomplishment and pride in having been able to deliver an outcome that is highly satisfactory to the client through a process that was cognisant of all those involved in the project throughout its duration. At Profica we are especially pleased with the final completed design from an aesthetic and engineering perspective which has significantly enhanced the shopper circulation and retail experience.”

Finally, Ferraz commends the various teams participating in the Gateway project who were able to bring together the ‘rolling wave’ design necessitated by changing lease conditions and the many “unknown unknowns” which are inherent in a large 20-year old shopping centre redevelopment. “All was done without massively affecting the final completion and I think it is a fantastic achievement by the design and construction teams involved in this project. That shoppers and retailers were able to continue going about their business with the least amount of inconvenience during the build is also a huge accomplishment by the team.” 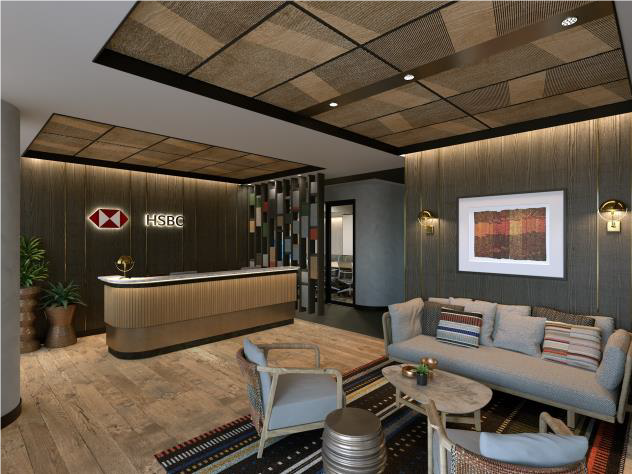 The HSBC Bank head-office team will soon settle in to their sleek new corporate home in the heart of Sandton. From concept to close-out, Profica has project-managed the transformation of the 11th floor of No 1 Mutual Place from a partly-serviced grey box to modern, customised offices ready to inspire! Our detailed knowledge of the… 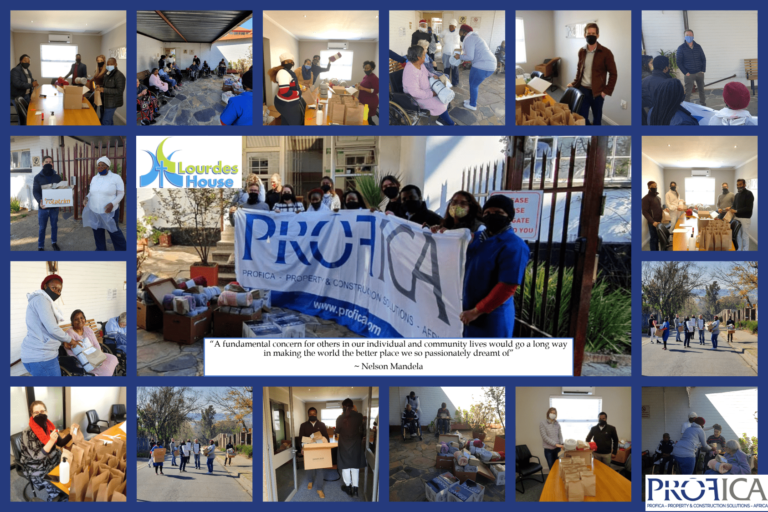 It is that time of the year again and amidst the COVID-19 Pandemic, as PROFICANS – we would still like to give back to those in need. This year, we have expressed our love; by donating to the Old Age Home, Lourdes House, across the road from Profica. The Lourdes House (NGO) nursing and retirement… 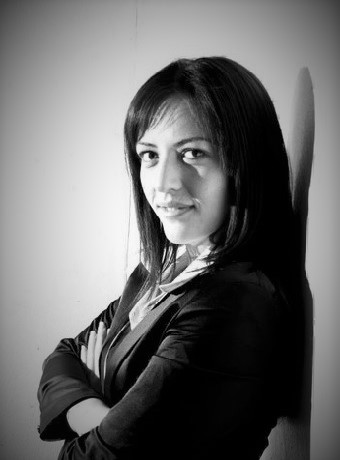 It’s time to celebrate new female faces at Profica who have joined a group of skilled women trailblazing across the African continent. Lucé van der Linde joined Profica in July this year as a project manager. Lucé holds a wealth of experience in the construction project management space, specializing in both capital and tenant coordination… 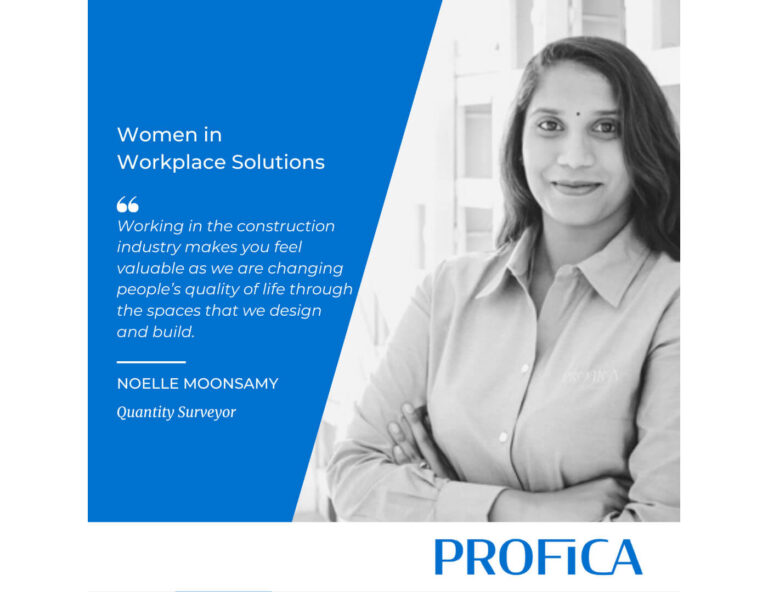 Noelle Moonsamy is a Quantity Surveyor working across several countries in Africa. She believes it is important for workplace design trends to be sustainable, and not simply a reactive layout to the current pandemic. Noelle would like to see more personalization in the workplace so that employees are keen to return to a workplace that… 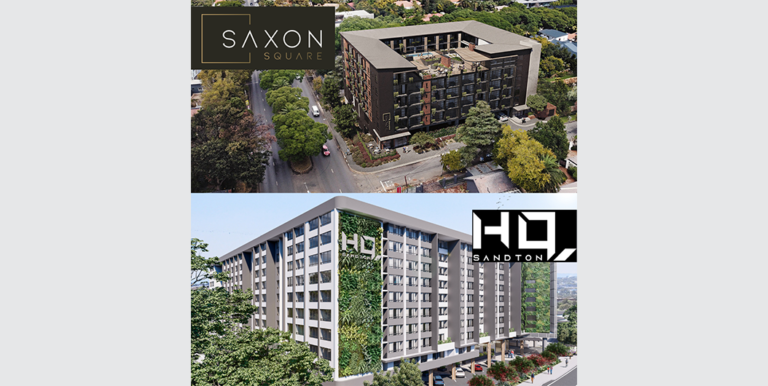 In a growing market for contemporary urban apartments, property solutions company Profica is involved in two new high value residential developments set to transform the Sandton and Saxonwold skylines, HQ Sandton and Saxon Square. After project managing a number of successful residential and apartment projects such as Illovo Central, Black Brick Sandton and Capital on the Park, Profica… 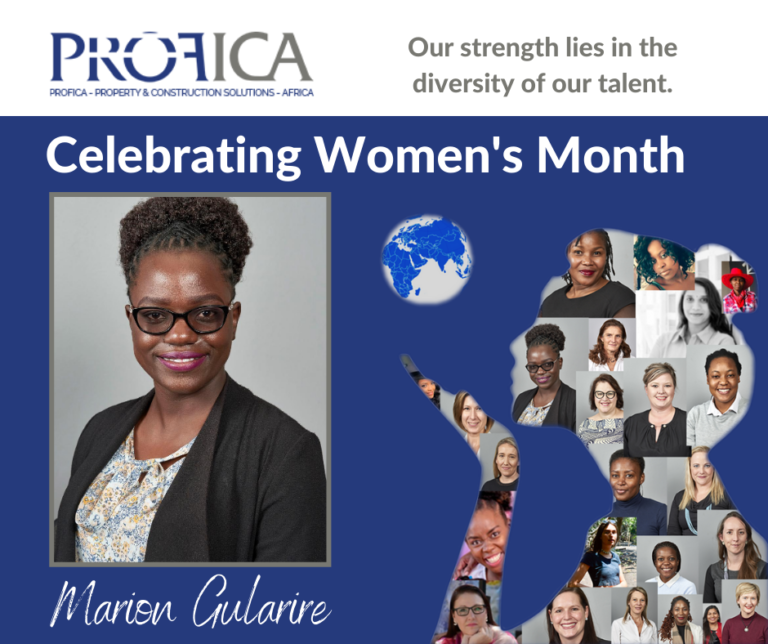 It may not be Women’s Month in East Africa, but in true Profica style we’re travelling all over the continent to highlight our fantastic female team members. Project Manager Marion Gularire was recently interviewed by Kenneth Oigo, Director – Head of East Africa. What is your favourite part of working at Profica? I enjoy the…